Passwordless has been one of those buzzwords in 2019. So many articles and announcements have been made around it recently.

First there was passwordless through the Microsoft Authenticator app. I personally love this feature as there is no need to buy an extra hardware token and is so easy to set-up.

Then there was the announcement that FIDO2 keys would be supported to sign into AzureAD and Azure AD joined domain computers. At Ignite there were two major announcements.

All these features are currently in preview or in development, so a lot of this is still fresh. But the question is, should you be piloting or looking into this?

I actually love the idea behind the passwordless journey. So many dangers and costs are bound to passwords:

The dangers above can be partially solved by some Azure AD features (Conditional Access, SSPR…), but to completely resolve these dangers passwords need to disseapear!

The idea behind passwordless sign-in through the Microsoft application is pretty simple:

The main advantage of this method is that it is really simple to setup and no extra hardware is required.

A disadvantage is that this cannot be everywhere at the moment. Windows 10 sign-on Azure AD Joined devices and Outlook mobile are currently not supported (to name a few). This means you still cannot go completely passwordless. But this might be solved when it goes GA.

Another disadvantage is around the security of the device. If you have a user that has not configured a PIN code to unlock his mobile phone, someone with physical access to the phone could get access to the account of a user. This can be solved by securing all phones to be MDM enrolled and requiring a PIN. What I am missing is the ability to require a PIN code to access the Authenticator through a app configuration policies without enrollment. This means that we don’t need complete control over the device before we can require extra security.

Passwordless sign-in through a FIDO2 device in AzureAD was announced a couple of months ago. This method is still in preview and support for Hybrid Azure AD Joined devices is supposed to be coming soon.

Microsoft has announced a few partnership with manufacturers whose keys are supported.

The advantage of FIDO2 sign-in is that a user can go passwordless without the need for a corporate phone. A lot of customers don’t provide all of their employees with phones or some customers have specific use cases. I recently talked to a non-profit organization who wanted to implement MFA, but they work in a prison and aren’t allowed to bring their phones. FIDO2 keys are a great solution here.

Biometric keys aren’t all that prevalent yet, but are the way to go. Even if an attacker has your key and knows your PIN, he can’t login.
Feitan already has a biometric key, Yubikey announced one during Ignite.

Because of two disadvantages:

I am still a bit hesitant about implementing it at scale.

Passwordless is the way to go, but we aren’t there yet though. Should you completely ignore passwordless for the time being then?

No, I don’t think so! I really think you should invest in the research and find out how you can make your entire company go passwordless. Going passwordless is a long journey (yeaers) and can seem possible in larger corporations.

Smaller, IT-savvy companies can implement it already. At The Collective Consulting, we are almost completely passwordless. We use Windows Hello for Business Sign-in on our Windows 10 laptops and use Microsoft Authenticator passwordless sign-in for most of the other use cases.

If you are looking into it currently, I would recommend first trying out the Microsoft Authenticator passwordless, because it’s really easy to set-up, lower implementation cost and is currently supported in more cases.

However, when Biometric keys have matured (I wonder if mobile support for biometric keys through NFC is possible), this will be the way to go!

Where are you on your passwordless journey? Are you looking into it, do you have some blockers? Contact me and let’s start this discussion!

Check out the M365 Security book 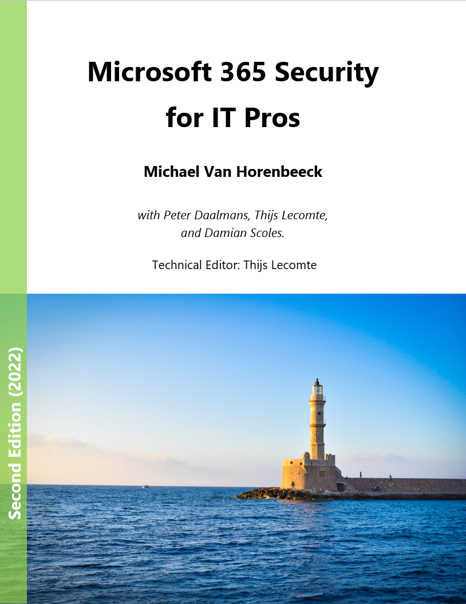